5G networks are the latest evolution of cellular technology. 5G promises to increase the responsiveness and speed of data networks, allowing users to connect and download faster than ever before. Some estimates state that 5G will give users speeds up to 10Gbps, making it significantly quicker than 4G could ever achieve. 5G technology is the 5th generation of internet connectivity. The previous generation, 4G, came out around 2009, making 5G a long-awaited relief for users, businesses, and developers who require better connections. 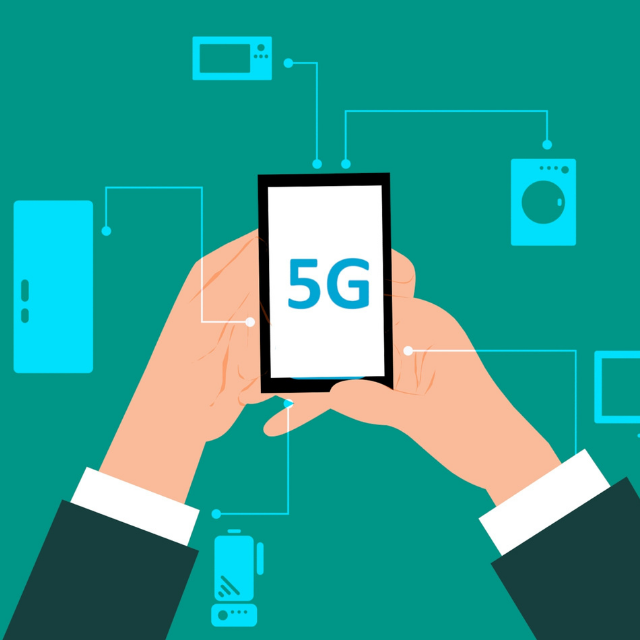 In late 2019, many carriers started opening their 5G networks for compatible phones, but the coverage is still limited in most areas. The network infrastructure and 5G connections are still expensive to implement, which has translated into slow adoption. However, many hopefuls are expecting a wider launch in 2020, with carriers offering more reasonable and affordable data plans.

Benefits of 5G for Businesses

5G opens new doors for users and businesses, allowing for better connections between employees, clients, and vendors as well as improved interactions, file sharing, and increased revenues. The business implications of 5G connectivity are promising, which could lead to many companies adopting the technology early.

Virtual reality and augmented reality users and developers can rejoice at the promise of higher speeds and extremely low lag. 5G expects a latency level far lower than 4G, creating less lag during VR and AR app experiences. The network can help bring AR and VR applications to the mainstream public and make other advanced applications more accessible in the business and gaming sectors. Companies can bring their product to an AR environment for clients to interact with and learn about.

With quick speeds and low latency and lag, the quality of interactions and downloads will far exceed that of older 3G and 4G networks. 5G will enhance video quality and voice communication, allowing businesses to interact and engage smoothly and efficiently. The safety of shared information over data networks will also increase — a huge plus for companies.

5G has a far higher capacity for the expansion of both the network overall and individual user experiences. Businesses can utilize 5G to better meet the changing demands from their customers. From the start, the increased upload and download speeds will mean that no matter when and how a client needs something, companies can provide it.

Faster network connections mean that communication is easier than ever. Businesses can send messages to their employees on a rapid, large-scale basis. The interaction between regular users is similarly expanded and improved. There will be fewer missed messages, dropped calls, and unintelligible voicemails and video messages.

Overall, businesses will experience cost savings with 5G. The battery life of devices will extend up to 10 times greater than normal, which translates into savings in both infrastructure and hardware. 5G will also provide faster and more reliable internet, which can prevent lost revenue from slow speeds and bad signals.

Wi-Fi signal strength can play a significant role in the success or failure of a company. Between high latency, lag, lost signals, dropped calls, and lost revenue, slow network connections can hinder businesses of all sizes. Thankfully, 4G is now going the way of 3G, getting replaced and outpaced by the newest mobile connection network, 5G.

5G holds a lot of promise for businesses, bringing lightning-fast connections, messaging, and download speeds to mobile devices. Companies that jump onto the 5G bandwagon early can expect an overall increase in productivity, cost savings, and even revenue. However, they may have to wait a while for the network infrastructure to expand everywhere it’s needed.

The bottom line? 5G is the fastest network to come since 4G frequencies entered the scene in 2009. The long-awaited-for system is rolling out slowly, but early adoption is the best course of action, when possible. The benefits are too good to miss out on.